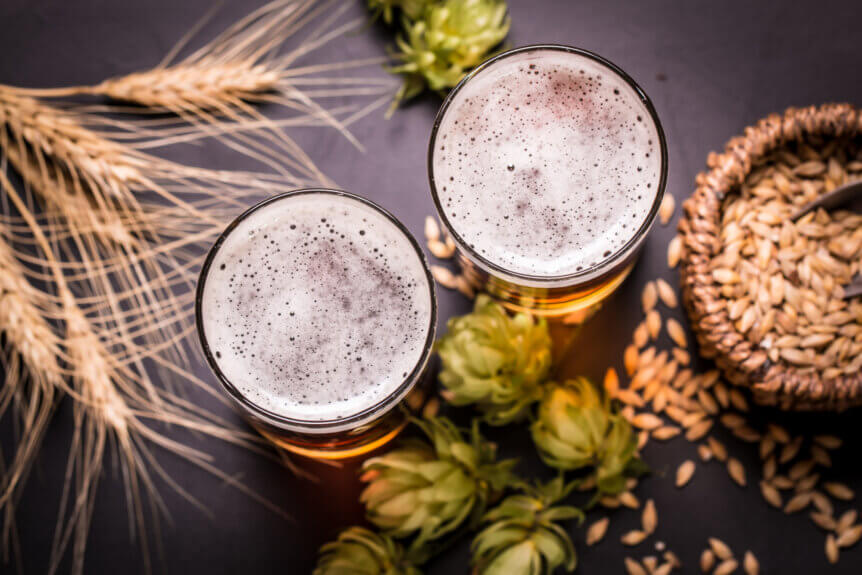 There’s nothing like sipping on a sour beer during the hot summer months. It cools you down and gives you a refreshing drink to sip on as you watch the world go by.

To get the best sour beers, however, you should really be barrel-aging your beverage. Barrel-aged beer is one of the best types of sour beer that you can buy, meaning it’s something you don’t want to miss out on!

What is Barrel Aging?

Before we talk about the advantages of barrel aging your beer, let’s look at what barrel aging actually is. That way, you’ll have a clearer idea of why this is such a good idea for your brewing process.

Barrel-aging is a fermentation process that has been used for years. It first entered the craft beer scene in the 1900s, when brewers began experimenting with storing beer in old barrels used for other spirits.

They discovered that by aging the beer in these barrels, they were able to achieve unique flavors for their beer. The result was that they could create interesting flavor profiles that got their customers excited about their products.

Advantages of Barrel Ageing Your Beers

There are many different advantages of barrel-aging your beers. all of the advantages have to do with the flavor of the beer and how the beer tastes in its final product.

For one, barrel-aging beer decreases harsh notes in the beer. This helps to create a softer flavor that is more gentle on the tongue. This makes it an especially beneficial process for strong beers.

Another benefit of barrel-aging is that the barrels let the flavors blend with one another. While the beer is being stored in the barrel, it soaks up flavors from the wood and gives it a unique taste. This results in a more complex flavor profile.

Types of Barrels and How They Affect Your Beer

One of the first types of barrels that brewers use is rum barrels. These can house any type of rum. The rum barrels tend to be originally used to age bourbon or whiskey.

They give a delicious, alcoholic flavor to your beer which can really bring out the flavor of your beer. A few notes to expect from these types of barrels includes coconut, banana, dark chocolate, and oak.

Rum barrels are typically used for dark beers. Stouts pair perfectly with the deep flavors that the rum infuses into the beers.

Wine barrels are some of the best barrels for aging sour beers. These beers are bigger than most whiskey and run barrels. Plus, they last a long time which makes them ideal for souring your beers.

The best feature of these types of barrels is that they give your beer a fruity flavor. This saves you having to infuse fruit into the beer itself and having a mess to clean out afterward.

With a wine barrel, your beer will pick up rich, smooth, and aromatic notes. The type of wine used will affect the fruity flavors of your beer. Choosing the wine barrel carefully will help you influence the fruity notes your beer picks up.

Sherry barrels tend to be the biggest barrels for aging your beer in. While it might take up quite a bit of space, however, it also provides you with a truly unique flavor profile.

When you flavor your beer with a sherry barrel you can expect your beer to pick up some distinct flavors in a fairly short amount of time. You’ll get okay flavors, earthy tones, and the taste of grape skins.

All of these unique flavors make sherry barrels a great choice for aging your beer. If you’re wanting something that really stands out from the crowd, a sherry barrel is a good choice.

Last but not least is bourbon barrels. Bourbon barrels are typically used for anyone wanting to give their beer a bourbon flavor.

Bourbon flavored beers are one of the most popular types of beer out there. And, using a bourbon barrel can give you a more complex, woody flavor than you would get by simply infusing spirit into the beer itself.

It’s important to remember, however, that if you’re making a beer in a whiskey barrel you’ll likely only get one or two uses from the barrel. That makes barrel-aging beer in this type of barrel a bit pricier.