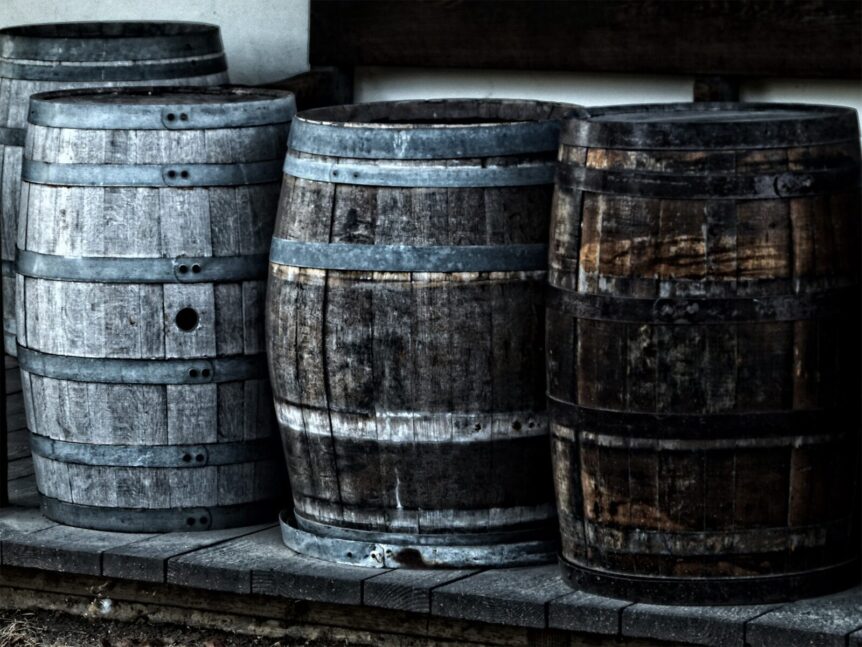 If you drink wine and spirits, odds are they’re aged in oak barrels. Bourbon, Scotch, Tennessee whiskey, cognac, and some gins spend time maturing in these barrels as part of the aging process.

Many reds and some whites age in oak. It’s a part of the process that gives these beverages their character and unique flavor.

Not all oak is the same. The difference between French and American Oak is important to know if you’re a novice wine drinker or a sales representative with a giant portfolio. Read on to learn more about American vs. French Oak.

Roll Out the Barrel

French and American oak barrels add texture and flavor to a beverage to wine and spirits. This process also mellows or removes the harsh taste of distilled alcohol.

These barrels of both oak types have variables that impact the flavor of the wine and liquor. Not all oak barrels are the same.

The age is how many times a barrel is used. Barrels with heavy use offer less robust flavorings from the wood to the wine. For winemaking, three to five uses turns the barrel neutral.

These days, used wine barrels are often repurposed for liquor aging. Whiskey and Scotch producers now experiment with different wine barrels to impart a unique flavoring to their whiskey.

Highland single-malt Scotch producers use Sherry, Port, and Sauternes barrels to add a unique flair to their products. American rye and whiskey makers recently caught up with that trend and produce wonderful products aged in these barrels.

Toast in a barrel refers to the char the barrel makers add to the inside with an open flame. This toast can be light, medium, medium-plus, and heavy.

Light and medium toast offer a gentle oak aroma and flavor. Too much oak flavor and aroma can destroy the more nuanced notes of some grape varietals like Pinot Noir.

Medium-plus and heavy toast oak barrels are used in the production of some Bourbon and other whiskeys for a smokey flavor profile.

The grain of the oak used for barrels is another variable in wine and spirits production. As a tree grows taller and older, the grain tightens.

A tighter grain means better flavor and aroma. For this reason, old-growth oak is a sought after commodity used in the aging process of super-premium wine and spirits.

Barrel manufacturers use two species of French Oak to craft their barrels. These are Quercus robur and Quercus sessiliflora. Though the trees grow primarily in central France, they can grow in most regions.

Like the grapes used in the wine, the wood takes on the characteristics of its region. Soil, weather, and climate impact the flavors and aroma the oak leaves on wine during the aging process.

Grape varietals that merge well with the subtle flavors of French Oak are Cabernet Sauvignon, Pinot Noir, and Chardonnay. These grapes love the mellow spices and chocolate notes this oak provides.

French oak isn’t only coveted by winemakers. Many spirits producers love the subtle flavors and tannins of this oak. American rye producers often use French Oak to accentuate the spicy, peppery notes of their whiskey.

The reason French oak offers these supple, complex flavors is because of how delicate the wood is. The wood must be hand-split rather than sawed. For this reason, French barrels are higher priced.

Another aspect of French Oak is it’s possible health benefits. Scientists believe a tannin found in this wood may protect your liver. Imagine that!

Oak trees grow all across America. The species Quercus alba is used for barrels. Unlike its French cousins, this oak is hearty and strong. You can saw it with or against the grain.

While winemakers prefer French oak for gentle grapes like Pinot Noir, Chardonnay, and Tempranillo, many of these same varietals see time in American oak.

Some Cabernet Sauvignon aged in American oak does well, but where American oak shines are the deep varietals that can stand up to its robust flavor. Varietals like Zinfandel, Merlot, and Syrah all blend well with American oak aroma and flavor.

The characteristic flavor profiles of this oak are vanilla, tobacco, dill, and baking spices.

Where American Oak really shines is in liquor production. Bourbon requires oak aging as part of the process. While Bourbon doesn’t need to be aged in American Oak, it’s most often used for its availability and flavor.

Bourbon isn’t the only liquor where American Oak shines. Virgin American Oak barrels give Scotch a distinctly American flavor of vanilla and coconut while keeping the classic single-malt flavors.

The Difference Between French and American Oak

The difference between French and American Oak is important to know if you’re a producer or consumer. You can glean a lot about a bottle of liquor or wine based on the type of oak.

French oak tends toward the elegant thanks to its softwood and tight grain. American oak lends a bold, vanilla flavor during the aging process.

Here at Northeast Barrel Company, we offer a vast inventory of used barrels. If you want to add unique flavor to your wine, liquor, or beer, we have what you need. Contact us today with any questions.