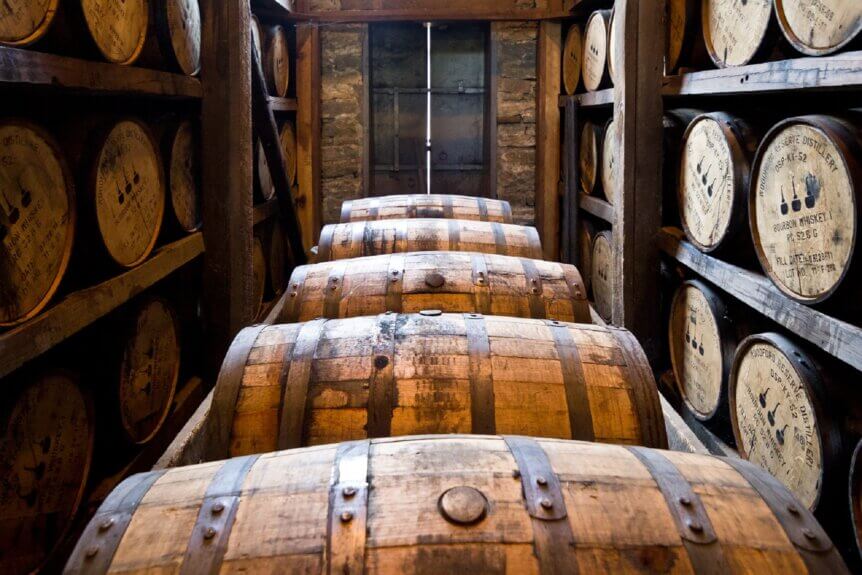 What do George Washington, Captain Jack Sparrow, and actress Mindy Kaling have in common? They all love rum!

The rum we know today first started to emerge in the Caribbean during the 17th century. Rum became so popular that sailors in the Royal Navy were issued a daily ration. The rum ration started in 1655 and continued for the next 300 years!

Known for its sweet, smooth flavor, rum is still a favorite to this day. Rum is a versatile spirits and ranges in complexity, so there should be a suitable rum for ever taster’s palette.

So, what are the different types of rum and what kinds of barrels should you use? Grab your rum of choice, read on, and we’ll help you work out what’s in your glass.

How Is Rum Made?

All rum starts as sugar cane. Sugar cane doesn’t just make sugar in all its forms. It also produces cane syrups and molasses.

To make rum, the main requirement is that it starts with sugar cane, though the most popular rum base is molasses.

Did you know that a crop’s environment can impact the taste and smell of your food? Similarly, your rum will taste unique to the country of origin where it is produced.

Like all fermented foods, yeast and water kickstart the fermentation process. This process turns the sugar liquid into the precursor to rum. Next, the alcohol in this fermented product needs to be separated from the rest of the liquid. This happens through distillation.

During distillation, the liquid heats up in stills. Stills are usually  massive vats made from stainless steel or copper. The stills are where all the magic happens during the distillation process.

When heated, the alcohol rises as a vapor and then enters a condenser, where it cools back into liquid. Depending on how you want your final product to taste, the rum can be distilled again. After distillation, it’s time to being the aging process.

While dark rum is famous for its rich color, did you know that all rum comes out white to start with?

The best rum ages in oak barrels, sometimes for a few weeks, others for decades. The superior quality of an aged rum will be obvious from its richness, and smooth taste.

White rum is also sometimes made by filtering a darker product through charcoal. This removes certain substances and can turn the final product as white (or colorless) as water.

A quality rum should be crystal clear — you shouldn’t see any solids or cloudiness in there. And the flavor of the final product will mainly depend on the barrels used.

In short, there are a few main kinds of rum: white rum, dark rum, and spiced. So, what’s in your glass?

White rum is often aged for less time than dark rum. It is usually aged in steel barrels, which impart less flavor and no color to the finished product.

You know the piña colada, martini, or daiquiri you love? Those use white rum, which has a sweeter profile and serves as a delicious base to these cocktail favorites.

Dark rum refers to the amber, caramel color of the final liquid. The best dark rums are aged in oak barrels, so the aroma, flavor, and complexity of a dark rum will be much more intense than its white counterpart.

While this versatile drink is often used as a mixer in cocktails, a high-quality rum is one to serve neat and savor.

Spiced rums have added flavorings in the form of natural herbs, spices, and botanicals.

Spices are added to the distilled liquid before starting the aging process. Spiced rum is great with a mixer like Coke or ginger beer.

Making rum is a skill, but the quality of your tools will define the final flavor. The best rum barrels are made of oak, but did you know they’ve likely aged different spirits than rum beforehand?

American white oak barrels previously used for whiskey and bourbon are the perfect choice for rum. These barrels have been toasted and charred with fire and give the rum a smokey flavor and distinct color.

The longer the aging process, the richer the hue. And depending on what was aged in the barrel beforehand, your final rum could take on citrus, chocolate, butterscotch, or even vanilla notes.

Jamaican rum is unique in flavor due to its high ester content. Esters are organic compounds that develop through the fermentation process. In rum-speak, we call it a funk bomb.

High ester rums have a broader range of smells and flavors, and Jamaican rum uses dunder and muck — two byproducts of sugar and molasses production. Dunder and muck react during fermentation to create the signature flavor compounds of Jamaican rum. And you can also find hints of banana, jackfruit, and pineapple in there, too.

Pick the Barrel That’s Right for Your Rum

The experience and know-how that goes into excellent rum are impressive, but your ingredients and equipment are key. Your choice of base sugar, fermentation process, and stills will produce a white rum that tastes pretty good. To make it taste excellent, you need quality barrels for the aging process.

The rum barrels you choose will determine the color, smell, flavor, and oomph of your final rum, so choose well. Whatever your flavor, we’ve got the rum barrels you need. Also, don’t forget to check out our bourbon barrels and whiskey barrels.