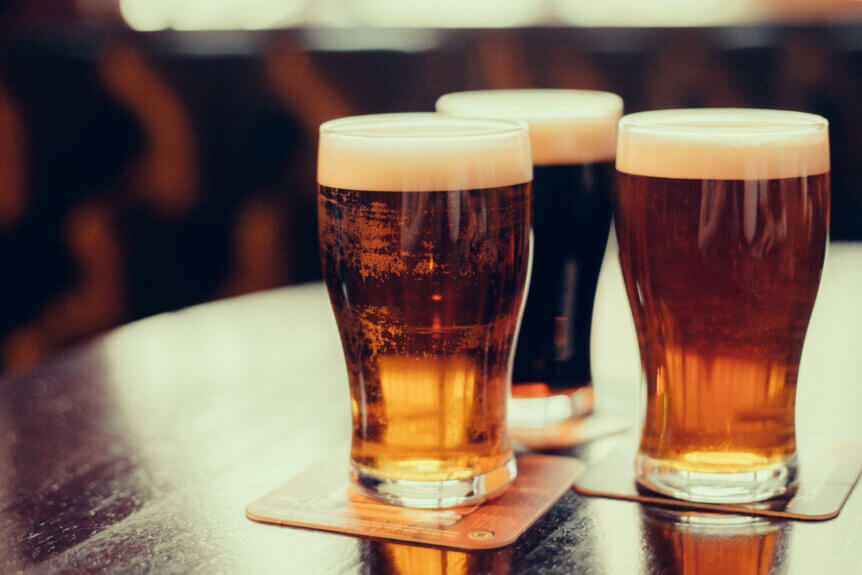 Are you ready to start brewing your own beer, but aren’t familiar with fermentation?

There are many important steps required to brew the best possible beer. Without knowing the proper steps, it can be confusing for those who are just beginning their journey into brewing and fermentation.

Thankfully, there are a few easy steps for getting started. This article will serve as a guide to new brewers and will cover the basic steps of fermentation.

The Basics of Fermentation

Fermentation is an important process that produces alcohol and the carbonation that beer drinkers desire. Fermentation is a process where yeast converts glucose to ethyl alcohol and carbon dioxide. In order to begin fermentation, it is necessary to move the cooled wort to a fermenting container and add yeast.

How Long to Ferment Beer

For the most part, it is the yeast that does all of the work. That said, it is possible to control some aspects to produce a shorter or longer brewing timeframe.

One of the easiest ways to do this is by controlling the fermentation temperature. However, this depends on what kind of yeast you’re working with and what kind of beer you’re interested in brewing.

The Basics of Controlling Fermentation Temperature

Did you know that temperature control is one of the most important parts of the brewing process? The temperature will influence the quality of the beer that you brew and the length of time needed for fermentation.

Also, if you ferment a beer at temperatures higher than a yeast’s range of fermentation, the finished beer will yield unwanted qualities and off-flavors.

If the fermentation temperature is too cold, you’ll most likely encounter challenges getting your brew to the right level of fermentation.

There are some exceptions to this rule. For example, yeast strains for Saison ferments better at higher temperatures. Also, different styles of beer require different temperatures during fermentation. Wheat beers and IPA’s need lower fermentation temperatures to brew correctly.

A Basic Guideline for Fermentation Temperatures

If you are just starting as a brewer, you may want to play it safe by aiming for the lower and middle temperatures of a yeast’s fermentation range.

If the range is between fifty-five and seventy-five degrees Fahrenheit, you should ferment the yeast at a temperature between sixty-five and seventy degrees. It is also important to know that this is a general rule of thumb which depends on the type of beer being brewed.

One of the biggest trends within the world of brewing is Kveik yeast. People refer to it as a ‘super yeast’ because it has no problem fermenting in temperatures above ninety degrees Fahrenheit, resulting in different qualities to the finished product compared to other yeasts. This means that it’s an ideal yeast to use for those who live in warmer climates.

Why You Should Consider Barrel Aging Your Beer

If you’re looking to brew beer with unique and enjoyable flavors, consider barrel aging your beer. This involves using wooden barrels to ferment your beer instead of steel containers. This is one of the greatest beer fermentation tips that most people don’t know about.

The great thing about barrel-aging is that you don’t need to be a professional to do it. It’s something that you can do in the comfort of your home.

How to Tell When Your Fermented Beer Is Finished Brewing

If you are new to brewing, don’t make the same mistake that many beginners make by using an airlock to determine if fermentation is complete.

An airlock works to make sure that no foreign objects get into the fermenting beer while at the same time allowing the CO2 that builds within the brewing container to escape.

In most cases, you can easily tell when the CO2 is escaping when you hear the unmistakable ‘whistle’ sound every few seconds. The problem is that if the seal on the fermenter is not perfect, the valve won’t make this noise. Inexperienced brewers will therefore assume that their beer has finished fermenting.

This is why the best way to tell when your beer is done fermenting is by using a hydrometer or refractometer, which lets you check the sugar levels.

What to Do When Your Beer Is Finished Fermenting

Once the beer finishes fermenting, there are several things you can do. You can let it sit for a bit longer, add extra flavors like fruits or wood chips, or you can package it right away.

What you choose to do depends on what kind of beer you’re brewing and what types of flavors you want your brew to have.

Get Started Brewing Your Beer Today

It’s easy to get started with fermenting your own beer if you use this guide. Once you have all of the right materials, the most important thing is that you determine the best fermentation temperature for your project.

If you want to find out more about fermented beer and how to brew your beer in the best way, please don’t hesitate to reach out to us. We’re here to help you with whatever you might need.