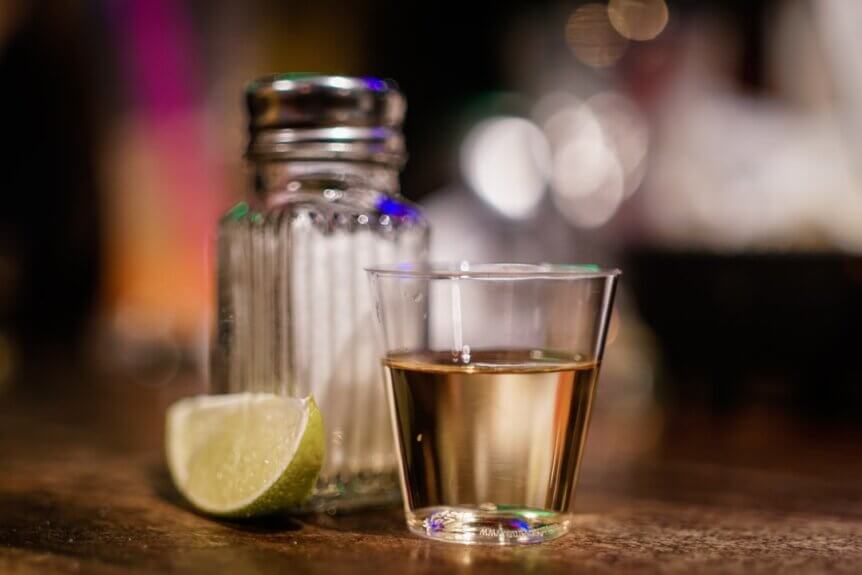 If you’ve ever been to a college party, you’re probably familiar with tequila. With the rise of cocktail culture, tequila has become a more popular drink throughout the US in recent years.

People usually have some basic knowledge regarding tequila. First, tequila is a product originating from Mexico. Many popular cocktails, like margaritas, are based around tequila. Of course, many people’s first encounter with tequila are from parties where they imbibe too much and feel the consequences the following day.

Despite their similar origins, there are several differences between these drinks. Knowing these variations can help you choose the right spirit when experimenting with cocktails.

In this guide, we’ll explore the differences between Tequila and Mezcal. Let’s jump right in, shall we?

The Main Difference Between Tequila and Mezcal

You could say that tequila and mezcal are cousins to one another. Mezcal refers to any Mexican liquor derived from the agave fruit. Since tequila comes from agave, it falls under the mezcal category.

To summarize, all tequila is considered a mezcal, however, not all mezcal is technically considered tequila.

In order to qualify as tequila, a spirit must come from the blue agave plant only. Mezcal drinks are derived from any type of agave, such as tobaziche, tepeztate, or arroqueño.

Another difference between Mezcal and Tequila is the places of origin. While both types of liquor derive from Mexico, they come from different regions.

Tequila comes from the following regions:

In contrast, mezcal comes from other parts of the nation. Regions that produce mezcal include:

However, region and ingredients are not the only distinctions between the two spirits. The two really diverge when it comes to their production processes. We’ll discuss this aspect in greater depth below.

How Is Tequila Made?

Tequila production usually has six steps. We’ll outline the steps behind this production below!

Modern tequila production starts with the traditional methods of harvesting blue agave plants. To do this, harvesters use a knife called a coa to cut the plant leaves free.

By doing this, harvesters can reach the underground piña bulb more easily. This piña is the main ingredient in tequila.

Once harvesters extract the piña, the core of the blue agave plant, they bake it. This baking process extracts its fermentable sugars.

In the past, bakers used pits lined with rocks to bake these plant cores. Now, however, they use clay or brick ovens for the task.

Once producers bake the piña, they crush the plant and shred it to access the sweet mosto juice inside. Tequila makers can access mosto in two ways.

The most common method nowadays is to use an industrial mechanical shredder. However, a traditionalist may prefer using a tahona. This large stone wheel crushes the piña and extracts the juice.

The next step is to ferment the mosto into ethyl alcohol. This way, the juice can transform into a spirit.

However, the fermentation process requires more than mosto alone. During this stage, developers combine the juice with yeast and water.

Once there’s a fermented mix, developers distill the liquid and purify it. This step concentrates the alcohol in the mixture. Typically, tequila undergoes distillation twice.

After the second distillation, the tequila is ready for aging. There are three types of aged tequila that we talk about below.

All tequila must age for at least 14-21 days. Blanco tequila, the cheapest kind, ages for the minimum amount of time.

The three main types of tequila aging are as follows:

Now that we’ve explored the process behind tequila, we’ll move on to mezcal.

How Is Mezcal Made?

Mezcal follows a similar production process as tequila. Like tequila manufacturers, mezcal manufacturers begin with cutting away the leaves around the agave fruit.

Once manufacturers can extract the agave fruit, the next step is to extract the mosto. This step is the one that most differs from tequila.

Recall that tequila makers bake the agave plant to make it soft. From there, they crush and juice the plant.

Mezcal makers follow a different procedure. Instead of baking the fruit in ovens, they cook the piña in an underground pit lined with burners like charcoal, volcanic rock, and wood.

They then place the piña into the firepit, covering it with dirt beforehand. From there, the plant can cook and provide access to the mosto juice.

This cooking procedure lends mezcal its famous smoky taste. Once developers have the mosto, they ferment it and distill it twice in clay pots. This step remains similar to tequila production.

Finally, the mezcal undergoes the aging process. Like tequila, there are three types of mezcal, each distinguished by their aging requirements. These include:

Once you know the differences between the two liquors, you’ll have an easier time choosing between them. We’ll discuss how to make that choice below.

Choosing between tequila and mezcal depends on the palette and what effect you want a cocktail to have. Most mezcal cocktails put a twist on tequila classics, such as margaritas, Paloma cocktails, etc.

However, mezcal has a smokier taste than its sister spirit. If you want a different experience of an old classic, mezcal can provide a simple solution. Some new cocktails also find uses for mezcal, such as the Naked and Famous cocktail.

As you’ve seen, there is not just one critical difference between tequila and mezcal. Instead, several factors distinguish the two spirits.

However, there’s a secret ingredient for bringing out the best flavor for either drink. That ingredient is the storage container you use for aging these spirits.

Various types of barrels lend distinct flavors to different spirits. Finding the best barrel for your distilled product can work wonders for its final flavor combination.

If you don’t know where to find the best barrel, check out our store! We offer several kinds of barrels to casks for your upcoming projects.