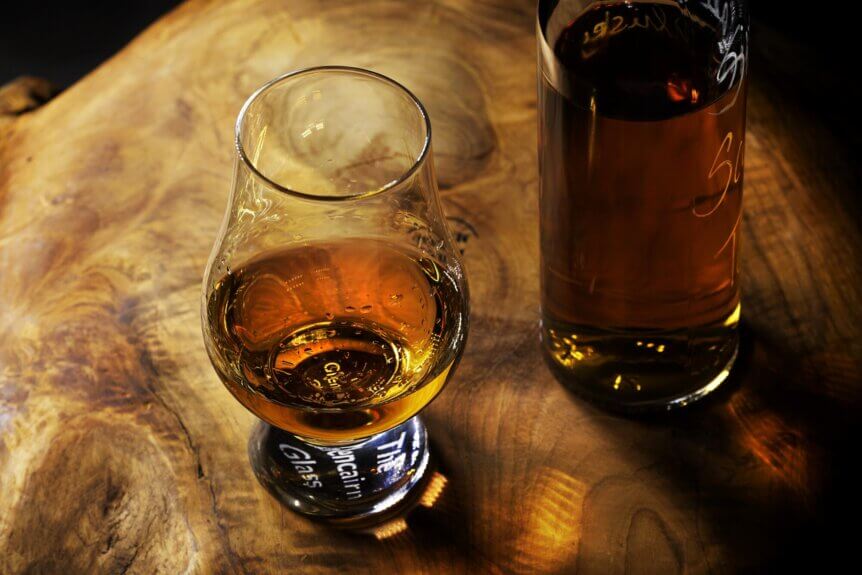 When people buy whiskey, tequila, or other spirits from the liquor store, they probably don’t give much thought to how it’s produced. But if you want to create the best flavor, you should be thinking about this.

Cask finished spirits, as the name implies, spend some time in a barrel during the finishing process. The kind of barrel imparts flavor to the liquor, helping you create a sophisticated spirit for anyone’s preferences.

If this all sounds new to you, you’re not alone. You’re not the first person to wonder what you’ve been missing out on. Keep reading to find out everything you need to know.

What Are Cask Finished Spirits?

A lot of alcohol is made in barrels, also called casks. However, the cask finished versions are those that are moved from one barrel to another at the end of the process, which is done to create a unique flavor.

Whiskey and bourbon are perhaps the most common cask finished alcohols out there, but the process can also be used for tequila and other liquor.

As the spirits mature in the barrel, they take on the taste of what was in the cask previously. This is how distilleries can create a wide range of flavor profiles for their products, despite starting in the same way.

This happens because the casks used are not airtight, which allows oxygen inside. When that occurs, the wood takes on some of the flavors of the liquid that is stored inside.

Even when the cask is emptied, the liquid the wood has absorbed remains. When the spirit is transferred to this barrel to mature, it will naturally take on some of the elements of what came before it.

That’s why you can taste several kinds of whiskey and detect notes of various flavors, each different from the other. While cask finishing can be done with many kinds of liquor, we’ll focus on whiskey, which is the most common.

Back in the 1980s, master distiller David Stewart was working for Balvenie. Their Stewart’s Balvenie Classic was one of the first kinds of whiskey that was created using cask finishing.

It’s now called Balvenie Double Wood and paved the way for other distilleries to try the method. Glenfiddich and Teeling are a couple of examples of other whiskey producers who adopted cask finishing in Stewart’s wake.

As mentioned above, cask finishing is the method of moving spirits from one barrel to another for maturing. The process isn’t as simple as that, however.

The trick is to choose the right barrel for the liquor you’re working with. For example, there will be different flavors when you finish whiskey in a barrel made from American oak versus one made from French Oak.

Likewise, if you’re working with maturing tequila, the cask you choose for maturation may vary, depending on if you’re making reposado, Anejo, or Blanco.

This is because the liquor that used the barrel first is going to influence the taste. While there’s something to be said for experimentation, the result should be something that tastes good.

Maturation times vary and can be based on past recipes or on new flavors that you’re trying. It can last anywhere from a few weeks to several years. The longer the liquor matures, the deeper and more nuanced the flavor becomes.

Types of Casks to Use

When it comes to maturing whiskey during the cask finishing process, there is a wide range of barrels to choose from. Each will impart its own flavor profile.

Perhaps the most common casks used to mature whiskey are bourbon barrels. That’s because bourbon and whiskey have a similar taste, though they aren’t quite the same. Bourbon barrels are also pretty easy to come by.

A sherry cask is another popular choice, though they are not as easy to find and are more expensive. Port barrels are another option, imparting fruity and spicy flavors to the whiskey.

For whiskey that is sweeter and fruitier, rum casks may be used. This is not very common but is certainly an alternative to other barrels. Wine casks impart a rich, fruity taste to whiskey, particularly those that contained red wine.

Other casks that are sometimes used to age whiskey include madiera, cognac, marsala, and new virgin oak. Each will add its own flair to a whiskey cocktail, though they’re also delicious on their own.

There are a lot of cask-finished spirits facts that can help you choose the right barrels for maturation. They are also handy for choosing whiskey that you want to drink based on the kind of barrel used to finish it.

The kind of wood the barrel is made from has as much of an impact on the flavor as the liquid that was in it, to begin with. That means pairing both flavor profiles to create the finished product.

For example, some kinds of American oak will lend undertones of coconut and vanilla during maturation. While this is certainly an option for whiskey, it might also be a good choice for rum.

Truffle oak will impart a bit of spice to your whiskey, while Irish oak lends a more traditional whiskey taste to the finished product.

Using beer barrels to mature spirits is a trendy new practice popping up at distilleries around the world. It offers a brand new taste to whiskey that many people are enjoying.

Getting Started Choosing Casks for Your Spirits

The great thing about cask finishing is that there aren’t any hard and fast rules that you have to follow. Feel free to experiment with your options and work toward creating something new and unique.

The world of spirits can be both traditional and experimental. The beauty of cask finishing is that there’s always something new to try.

If you need more information, contact us! Our barrels experts will answer all of your questions.