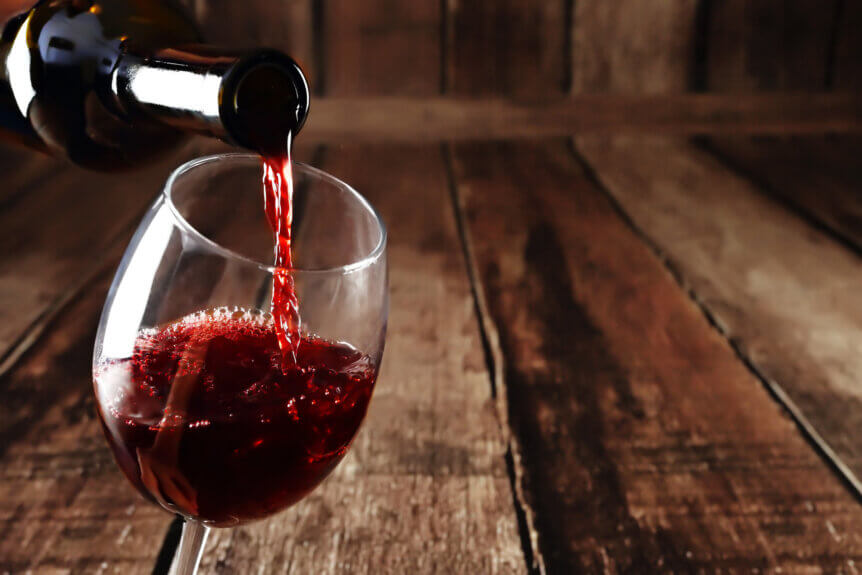 When you think of fortified wine, you might picture a bottle of port gathering dust at the back of your liquor cabinet. Or a cloyingly sweet sherry or marsala good for cooking and not much else.

However, the broad category of fortified wine includes not only port and sherry but also vermouth, madiera, and more. What’s more, fortified wine is more popular than ever.

You’ll find fortified wine in uber-trendy negronis and spritzes. And sherries and ports are being made in small, high-quality batches around the world, changing perceptions of the once-derided drink.

Fortified wine is a diverse category of drinks with innumerable different flavor profiles. Here’s everything you need to know about drinking fortified wine.

All About Fortified Wine

Fortified wine refers to any wine which has a distilled spirit added to it. The spirit “fortifies” the wine – it increases its alcohol content and changes its flavor. Fortified wines are usually between 15% and 22% alcohol, while regular wines usually only contain 5% to 15% ABV.

Fortified wine was originally created as a means of transporting wines over long distances. Winemakers found that long sea voyages would cause wines to oxidize and turn to vinegar. Adding spirits to the different types of wine not only changed the flavor, it also led to a longer shelf life and more profit for wine merchants.

This is why the most popular fortified wines are from traditional centers of shipping and trade, such as Spain, Portugal, and Sicily.

Just like Champagne or Bordeaux, many types of fortified wines are determined by specific geographical regions. Other types simply refer to the process of winemaking involved.

All kinds of wine are found somewhere on a spectrum from dry to sweet. The dryness or sweetness of fortified wine depends on when the spirit is added.

All wine is created by yeast breaking down the sugar molecules in grapes, which produces alcohol. If winemakers add the spirit before the wine has finished fermenting, the additional alcohol stops the process of breaking down. This leaves more sugar intact, resulting in a sweet wine.

If winemakers add the spirit after the wine has fully fermented, the wine contains little or no sugar molecules. This results in a dry fortified wine.

Sherry comes from a specific region of Andalusia, Spain. Sherry is one of the most diverse types of fortified wine. It comes in a range of styles from fino (dry and subtle) to olorosso (rich and hearty).

In between these, there are many other subcategories, such as amontillado, moscatel, and Manzanilla sherries.

All sherries are fortified after they ferment, but some are still sweet due to additional sweeteners added during production. Sherry is aged using a special system of transferring between barrels, called the solera system.

Port comes from a region of Portugal called the Duoro Valley. It comes in two basic styles, Ruby and Tawny. All ports are fortified before fermentation with brandy.

Port has a deep, rich flavor comparable to raspberries or cherries. This is why port is often drunk as a dessert wine and paired with chocolate or summer fruit.

Madiera comes from the Madiera islands, off Portugal’s southwestern coast close to Morocco. Madiera is repeatedly heated and cooled as it ages.

Originally, this was a result of being taken onto the deck during long tropical sea voyages. Nowadays, madiera is either artificially heated and cooled or placed in warm, sunny attics to age.

Marsala is a fortified white wine from Sicily. Marsala comes in gold, amber, and ruby colors.

Dry marsalas make a great apertivo. Sweet marsalas are more often used in cooking, such as in chicken marsala.

All marsalas make fine cooking wines. They are prized for their ability to create rich, nutty flavors in sauces and glazes.

Vermouth is part of a subcategory of fortified wines known as aromatized wines. This refers to wines that have been fortified not only with spirits, but with herbs as well. Different vermouths are fortified with different herbs such as cloves, cinnamon, and wormwood.

Vermouth comes in sweeter red or dry white vermouth. These are also called Italian and French vermouth. You’ll find sweet vermouth in a negroni, while a martini will commonly have dry vermouth.

Vermouth is nearly as old as wine itself. It shows up in documents from ancient Greece as a medicine.

These are the five most common types of fortified wine, but there are many others. Talk to your local wine merchant or bartender for more options.

Fortified wines can be drunk in many different ways. Traditionally, they are drunk as either an aperitif or a digestif – that is, either before or after dinner.

Many fortified wines are great pairings with before or after-dinner foods. This includes cheese plates, chocolate, and cream-based desserts, nuts, charcuterie, and more.

Fortified wines are also used in cocktails. The most common type of fortified wine mixer is vermouth, which is an essential ingredient in martinis, negronis, manhattans, and more.

Other fortified wines are good in simple cocktails such as the sherry cobbler, a simple blend of sherry, simple syrup, and fresh fruit. At the turn of the century, it was the most popular drink in America.

Northeast Barrel Company offers barrels that were last used to age fortified wines such as port and muscatel. These barrels allow to blend and bring out these flavors to your beer, whisky, bourbon or rum. Browse our selection of barrels today and contact us to discuss the right barrels for you.