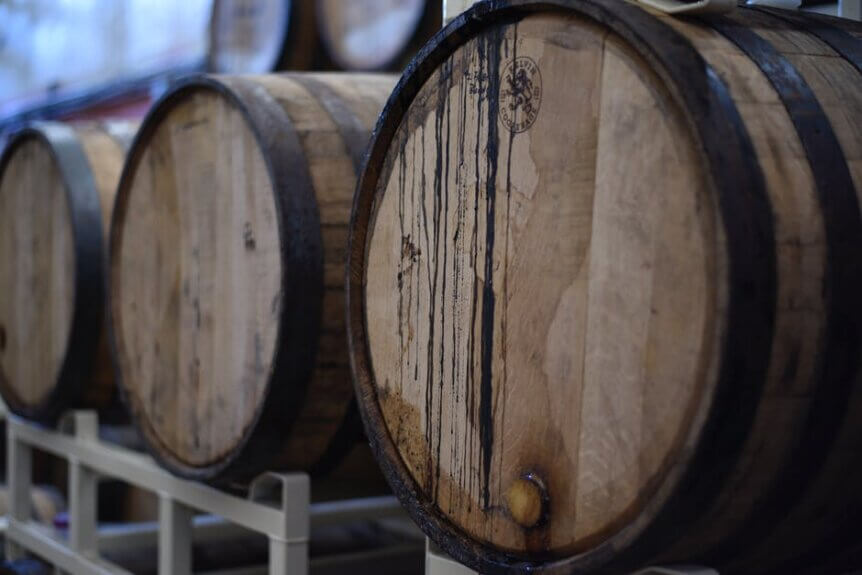 At least 2/5ths of the American population enjoys craft beer. If you brew beer for the millions of craft beer enthusiasts that live in the United States, you should definitely check out barrel-aged beer..

When beer is aged in barrels, it takes on the characteristics and flavors of the barrels themselves. Barrels which previously aged various spirits, produce some of the most notable notes for your pallet to enjoy.

For instance, beer aged in whiskey barrels will take on the essence of the whiskey that was previously aged inside. Any type of barrel can be used to create a unique aged beer. Read on to find out 5 types you can choose from.

All bourbon can be considered whiskey, but not all whiskey has the honor of being considered bourbon. Bourbon-aged beer is a sought-after commodity. However, recently emptied Bourbon barrels can be a hard thing to come by.

If your local distributor doesn’t have any bourbon barrels available, or you simply prefer whiskey to bourbon, you should try and make a whiskey barrel-aged beer using Rye whiskey barrels or any other whiskey barrel. A great example is the Rolling Thunder Imperial Stout.

Darker beers tend to do better with the complex tastes that whiskey barrels lend. You can find all sorts of beers that incorporate whiskey though, so don’t be afraid to get creative in your production process.

Beer aged in tequila barrels can pack quite a bite and also be difficult to come by. One of the tried and true favorites is the Points Unknown IPA put out by Southern California-based Stone Brewery.

For this brew, Stone used barrels that first housed red wine and later housed tequila. Check out your local craft brewery or online retailer to see what other amazing tequila barrel-aged beer options there are to inspire your brewing.

However, some creative brewers choose more bitter beers such as an IPA to put in old rum barrels. You have a ton of options for brewing rum beers. If you get yourself some used rum barrels, you can create something amazing.

In addition to aging beer in casks that once contained alcohol, you can also age it in barrels that are fresh or once housed something else. Sometimes the wood itself can lend an interesting flavor component to the finished product.

Here are some examples of barrels that often enhance the flavors and attributes of the beers housed within them. Try brewing them all if you have the option.

Pure oak barrels can lend interesting notes to any existing beer. An example of a beer that incorporates oak into its production is White Oak Jai Alai IPA. Cigar City Brewing from Tampa Florida uses oak spirals in the brewing process.

An alternative to using oak spirals would be to age the beer in an oak barrel for heightened flavoring effects. The fresher the wood in the barrel, the more of its flavor will leach into the beer.

Cedar is renowned for its distinctive aroma. Finding a beer aged in cedar barrels is a true treat for any craft beer connoisseur. From Red Cedar to Port Orford Cedar, each species of cedar offers unique characteristics.

Cedar is a coveted wood, so finding beers aged in a pure cedar cask can be a difficult task. If you are lucky enough to stumble across a cedar cask, know that you have found something special for brewing.

Brewing a tasty beer and aging it in pine barrels is always a challenging endeavor. Pine gives the beer a distinct taste that many brewers have trouble incorporating into their creations.

IPA’s are a great beer to age in pine barrels, as they are already bitter. The upside of using pine barrels is that they tend to be far less expensive than other types of wood.

Other Types of Wood

Birch, ash, and maple are other types of wood commonly used in barrel construction. Each type of wood barrel offers a unique character-altering property to the beer housed within.

Many brewers experiment with rare woods, and you can be one of them. Many specialty-wood beers are small-batch, so tailor your brewing methods to consider this.

Barrels that once contained maple syrup can add an intense sweet characteristic to a beer aged within them. Stouts, porters, and other sweet beers such as barley wine tend to do the best with this aging process.

A sweet IPA may not be everyone’s favorite (or an easy thing to find), but they are out there if you look hard enough. Ciders are another great thing to age in maple syrup barrels for those brewers with a big sweet tooth.

Charring the interior of a barrel before aging beer in it is a great way to add in some smokey allure to its taste. Charring the wood of the barrel allows its natural taste components to be accented.

Charring whiskey barrels produces an intense flavor that can provide a major accent for any beer aged within. Whiskey barrels are some of the most common types used for aging beer for these reasons.

Try All the Different Barrel-Aged Beers

Brew the five types of barrel-aged beers discussed in this guide. If you are a brewer or home-brewer, contact us today to get the lead on some quality barrels of every kind to take your creation to the next level.