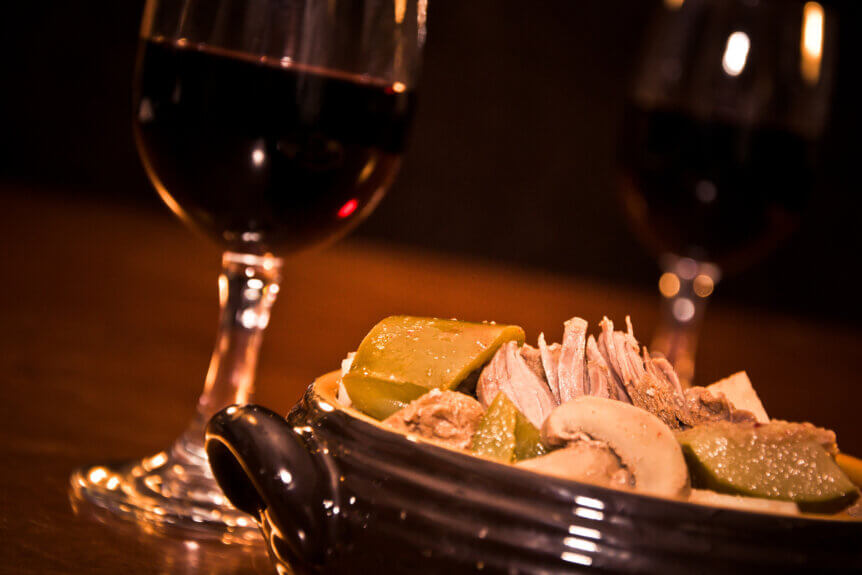 Did you know that port wine was invented in the 17th century? The first shipment of Port was created in 1678 to be precise. Port’s long history has given it enough time to branch off into variations such as tawny port and ruby port. If you’re not a wine expert, you might be wondering what the difference is between tawny vs ruby port.

What Is Port Wine?

As mentioned before, port wine came into existence in the 17th century. However, the Portuguese had already been making other types of wines for hundreds of years before that. The popularity of Portuguese wine became especially popular in 1386, when a contract was signed between England and Portugal, where Portugal would ship wine to England in exchange for shipments of tasty salted cod.

Port is a sweet wine, and because of this, it is often used as a pairing for desserts. Some wine enthusiasts like to drink port as a dessert in itself. However, some types of port wines are not as sweet due to the balance of acidity, and therefore can have a wider range of pairings.

Besides being sweet, port wines are also very full-bodied. Port wines offer some rich and dark flavors beyond their sweetness, such as dried fruit, wood, and spice. Most of the grapes used to make port come from the Douro Valley in Portugal.

Many wine manufacturers in Portugal still prefer to smash the grapes by foot, rather than let machines do all the work. This stomping process releases the sugars of the grapes and allows the grapes to start fermenting. This will take about a week until the grapes are fully fermented and have an alcohol concentration of around 7%.

This percentage, of course, is too low for the average port wine or for any wine in general. In order to increase the alcohol concentration, wine manufacturers add brandy. This process also brings the fermentation period to an end and preserves the fruity flavors of the wine, as well as the sugar content.

The port is then left to age for a year or more in oak barrels. This gives the port extra hints of oak and spice.

So, what are the differences between tawny and ruby port? The main difference is the color. The tawny port color, as the name suggests, is tawny brown.

Ruby port, on the other hand, is deep red. The differences between these two types of ports does not end there. There are several difference between the port varieties when it comes to how they are created.

As mentioned before, once port wine is done fermenting, the wine is left to age in oak barrels. However, this is not always the case, especially in the case of ruby port. This is because ruby port does not go through its aging process in a wood barrel.

Instead, ruby port wines skip the barrel aging process completely and go straight into bottles. This might be preferred for some wine drinkers who aren’t fans of the bold and spicy flavors that oak barrels can impart onto wines. Ruby port wines instead retain their sweet and fruity notes which are not overshadowed by the flavors of oak barrels.

However, ruby port wines might need a long time to sit and age in a cool, dark place, such as a cellar, in order to let their flavors develop. The desired aging period depends on the preference of the manufacturer and the buyer.

When you taste ruby port, you’ll be able to distinguish many sweet and fruity notes. So, how does tawny port compare?

The Details of Tawny Port

Besides the color, the other big difference between tawny and ruby port is that tawny port is aged in oak barrels. Aging wine in a barrel for several years produces a much different kind of wine compared to wines aged in bottles or wines that are barely aged at all. The differences go beyond the typical woody and spicy flavors of the oak barrels as well.

One of the characteristics that make aging wine in barrels unique is that there is more oxidation involved. Oxidation involves minuscule amounts of oxygen seeping into the wine barrel over time. This does not harm the quality of the wine.

As a matter of fact, oxidation is often good for wine. It allows the compounds in the wine to better mix and interact with each other. It also changes the color of the wine, which is why tawny port tends to be brownish.

Tawny port also has a different flavor compared to ruby port. While ruby port remains very sweet and is usually consumed after dinner, tawny port has a richer, nuttier, and less sweet profile. This allows tawny port to have a more versatile role when it comes to dinner.

The flavors of tawny port tend to be stronger the longer the port is aged in the oak barrel. Even once the manufacturers bottle it, the consumer can decide to let the port age longer in the bottle in order to enhance its flavors even more.

If you had any questions about tawny port wine before, by now you should have all your answers. Tawny and ruby port wines are both unique. By knowing the difference between them, you can always make the right decision whenever you decide to buy port wine.