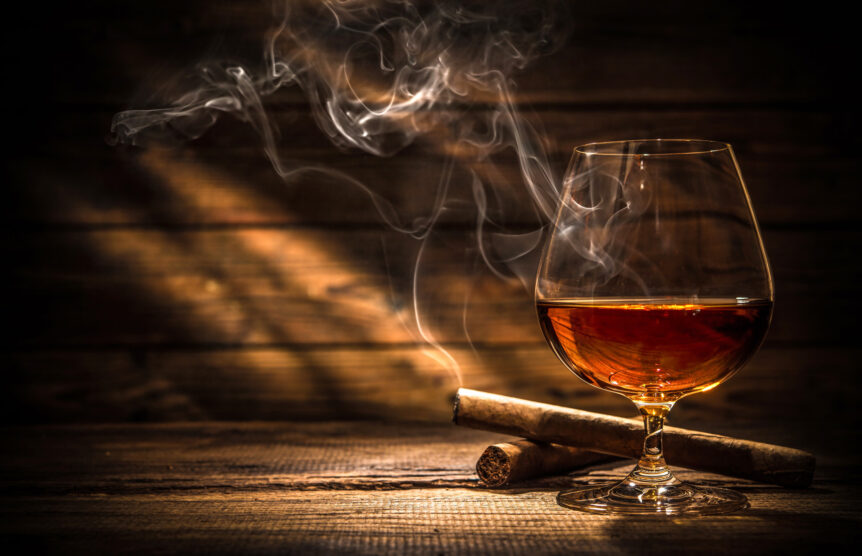 Are you looking to experience a new drink? Are you seeking new flavors and tastes? If so, then if you have not already tried Cognac or Armagnac, you are set for a delicious, warming treat.

Both of these distinguished French brandies are fruitful and full of body. However, they do have some major differences. Below, we give our must-read guide on Cognac and Armagnac.

Cognac is a very specific type of brandy, made in the Cognac region of France. As brandy is the distillation of wine, it uses specific grapes to create the flavor. The main grape in Cognac is the Ugni Blanc, though the Columbard and Picpoul grape are also included.

Production of Cognac began in the region in the 17th century. As the area, just north of Bordeaux, has a number of coastal ports and towns, the spirit was quickly taken abroad. The British isles were one of its main markets.

Many of its major brand, such as Hennessy, was actually named after British traders. These affiliations to brands have remained, as opposed to the estates and regions sought for French winemaking. Martell, Remy Martin, Courvoisier, and Hennessey are the most famous of these global names.

Cognac is produced by a range of makers in the region, who work with a number of brands. They contribute to the making of brandy by the larger houses. As such, most brandy is blended.

Armagnac actually pre-dates Cognac and can be traced all the way back to the 12th century. The region, which lies just to the south of Bordeaux, did not have the distribution methods available to Cognac, and so it remained relatively localized. Originally, it was made by traveling distillers who could strap their equipment to horses and make their drink when traveling to local farms.

Because of this, Armagnac production is not as refined as Cognac, though this does not mean the taste is any less. In fact, it delivers much more of a kick, in a similar way that Scotch whisky has more grit than Irish.

Why Are They Different?

The main differences between the two drinks are the distillation process, then the materials used, and the aging process. Both of these contribute to the subtle flavor of each variation.

Cognac distillation uses wine in a basic pot still. The process is extremely labor-intensive. It will typically go through a number of distillations to remove impurities.

In contrast, Armagnac only undergoes one distillation process that will bring it to around 60%. This lets it retain a lot of the flavor and often provides a deeper taste.

Once distilled, both Cognac and Armagnac are aged in barrels. This is the second main difference between the two, as they are often aged for different lengths of time.

The age of the cognac is sometimes stated on its bottle. V.S. is also known as eau-de-vie and is around two years old. The next step up in age is V.S.O.P indicates that four years is the minimum age of the youngest brandy within the blend.

Finally, X.O. is one of the highest grades of Brandy. It signifies that the youngest brandy in the blend is at least ten years old. X.O. was previously used to signify a brandy of 6 years minimum, but this is now known as Napoleon.

Armagnac aging starts at the much younger ‘Compte 1’ which means one year of age. This goes up to four then five years. They also use V.S, V.S.O.P, and X.O. to denote their respective ages.

A brandy will take a lot of its flavor and characteristics from the barrels that it ages in. For a brandy to qualify as an Armagnac under local laws, it will have to age in a barrel made from Monlezun oak black wood. This gives it a flavor of autumnal fruits and toffee.

Cognac barrels are from Tronçais or Limousin oak. Instead of adding to the depth, it will actually mellow the flavor and taste. It will take on a nut-like, warm flavor.

The difference on the tongue is also attributable to the level of alcohol in the drink. Armagnac will be produced to around 52% to 60% then diluted to 47% to 47%. Cognac, which is distilled twice, will come out at around 70% and be diluted to around 40%.

The middle part of the distillation process is known as the heart. Cognac contains more of this heart, which while having a very pure flavor, takes longer to develop. In contrast, Armagnac is extremely flavorsome even when it is relatively youthful.

One great way to get the flavor of both, particularly Armagnac, is to dip your finger into the glass. Then transfer the liquid to the back of your hand, and let it evaporate. The scent that is left should be a great indication of the flavors inherent in the drink.

The best way to compare Armagnac and Cognac is, of course, to try them. Order a bottle of each or a sample set, sit back with some dark chocolate, and have an evening to yourself. You may find you develop a preference or even better, find a new favorite drink.

If you are in the alcohol making industry, then you should visit the Northeast Barrel Company. We supply a range of spirits, wine, and imported barrels for all your needs. Contact us today and let us transform your next distillation project into something wonderful!