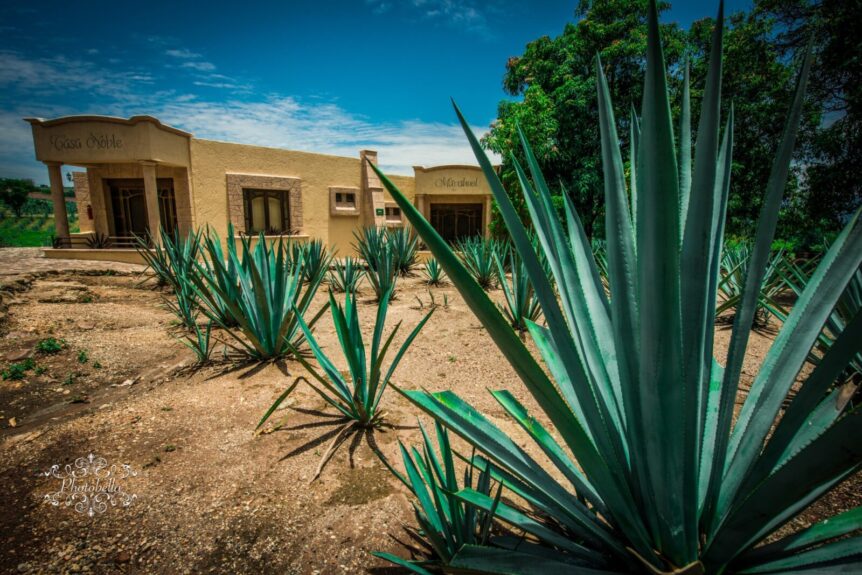 If you like to frequent your neighborhood craft cocktail bar, then you have probably seen some mezcal on the menu. Mezcal has risen in popularity in the U.S. market in recent years, after its introduction to the United States in the 1990s.

But mezcal is one of those spirits that nearly everyone knows of, but few actually know about. What is the difference between mezcal and tequila? How is mezcal made?

These are a few of the questions we’ll answer for you now. Keep reading to learn what mezcal is, and how it came to be at your local cocktail bar.

While the story behind mezcal may be new to you, it isn’t new to most of Mexico. Mezcal has been a signature spirit of the country for hundreds of years. In fact, the term “mezcal” is derived from the Nahuatl word for “cooked agave.”

And the agave plant is where it all starts. Under the agave genus, there are several hundred different species of agave. Approximately fifty of these can be legally used to make mezcal.

Native and thriving in Mexico, agave is the foundational ingredient of both tequila and mezcal. So what is the difference?

Mezcal is the name for any agave-based spirit. Tequila is just one of the many different mezcals.

It can only be made with Weber Blue Agave, also known as Agave Tequilana Weber. True tequila is mainly made in the Jalisco region of Mexico.

Mezcal, however, is made in nine different regions of Mexico. They are Zacatecas, Oaxaca, Puebla, San Luis Potosi, Tamaulipas, Guerrero, Durango, Guanajuato, and Michoacan. Anything made outside of these regions cannot be legally labeled as mezcal.

And that is why mezcal has such a diverse array of flavors and notes. Mezcal has long been associated with a smoky, earthy taste. While this is a common flavor profile, it is not the only taste that mezcal can deliver.

To understand why mezcal has been associated with a smoky essence, we need to dive into how mezcal is made.

How is Mezcal Made?

But how is mezcal made vs tequila? Traditionally, mezcal is made by chopping the stem into pieces and roasting it in an underground oven. The oven is lined with volcanic rocks, which is what gives the mezcal it’s signature smoky flavor.

By contrast, tequila is made by steaming the chopped pieces of agave.

After being roasted for several days, the agave is ground into a pulp. Traditionally, mezcal makers would use a stone wheel pulled by a donkey to complete this step. Modern producers have streamlined many of these steps, but the origins are still important to know.

After making pulp out of the agave, it is distilled by mezcaleros, also known as mezcal makers. After distillation, it is fermented. Next comes the optional aging process, normally completed using barrels.

The amount of time that the mezcal is aged separates it into a couple of different categories. They are as follows:

Mezcal that is not aged at all or only aged for a few months is called Joven mezcal. Joven is the Spanish word for “young.”

Which is best? While aging your mezcal doesn’t create any new flavors, it does enhance the flavors that are already there. That’s why many buyers are drawn to the Anejo and Extra Anejo varieties.

While these age differences signify the different categories of mezcal, there are different types of spirit depending on your region in Mexico and the type of agave you use. Similar to wine production, the terroir and climate of the plant impact the resulting taste.

As mentioned before, mezcal isn’t a new beverage. The reason why many Americans aren’t as familiar with it is that it didn’t make its way to the United States until the 1990s. A man named Ron Cooper founded his company Del Maguey and started importing mezcal to the U.S.

Because of its complex flavor palate, bartenders like to incorporate this spirit into cocktails. Many people also enjoy mezcal served straight. It’s a drink that should be sipped and enjoyed, similar to a scotch.

As mezcal increases in popularity in the United States, questions about its future also fall into place. The agave plant takes four to ten years to mature. Unlike wine grapes, harvesting the plant effectively kills it.

Therefore, there is some question as to how increased demand will affect the price of mezcal and the industry in general.

Drink Mezcal in Your Next Cocktail

Many people who have tasted mezcal then ask the question, how is mezcal made? And the truth is that mezcal has both an interesting recipe and a rich history. Every glass of mezcal is different and complex in flavor, making it a great addition to every bar menu.

If this article has piqued your interest and you want to read more of the interesting backstories behind your favorite alcohols, click here.